The 2019 Maize Maze is set within an entirely new Pumpkin Patch site – and as one of the largest – of any of the maize mazes previously installed at Undley Pumpkin Patch. At this years event we are celebrating 20 years of Undley Pumpkin Patch, and rather fittingly the maize makes the shape of an anniversary crest featuring a scarecrow, tractor, pumpkin and maize. Its creation is the result of skill, design, farming and technology via GPS co-ordinates.

Once again the maize maze will be hosting a cash prize quiz. This years quiz is based around events that happened 20 years ago back in 1999. There will also be an animal hunt challenge within the maze for smaller ones.

What it’s taken to create this years Maize Maze

1. Locate the field and crop area within so that the overall maze design area can be defined and plan entrance/exit location.
2. The outline design concept takes a couple of days to create.
3. Once refined and agreed the design is then drawn up to scale which takes another day or two.
4. When the final design is done, we place an additional centre-line into the drawing to mark the path centres and convert the drawing to a CAD format and scale to real world dimensions. The maze design can then be geolocated into the field using further software to prepare for GPS marking.
5. Maze marking is undertaken by a specialist GPS survey company. This consists of placing hundreds of marker points along the path edges and centre-line where appropriate. These are then transposed onto the ground using handheld or backpack device which is linked to a number of satellite signals from the GPS satellite system.
6. Marking paint is used on the ground to define the pathways within the maze. The marking process can take between 2 and four days depending on the size and complexity of the maze.
7. Maize plants growing within the paths are then removed to create the maze. This process would normally take 1-2 days, although the paths may need to be cleared should any re-growth of maize or weed encroach into the paths during the growing season. 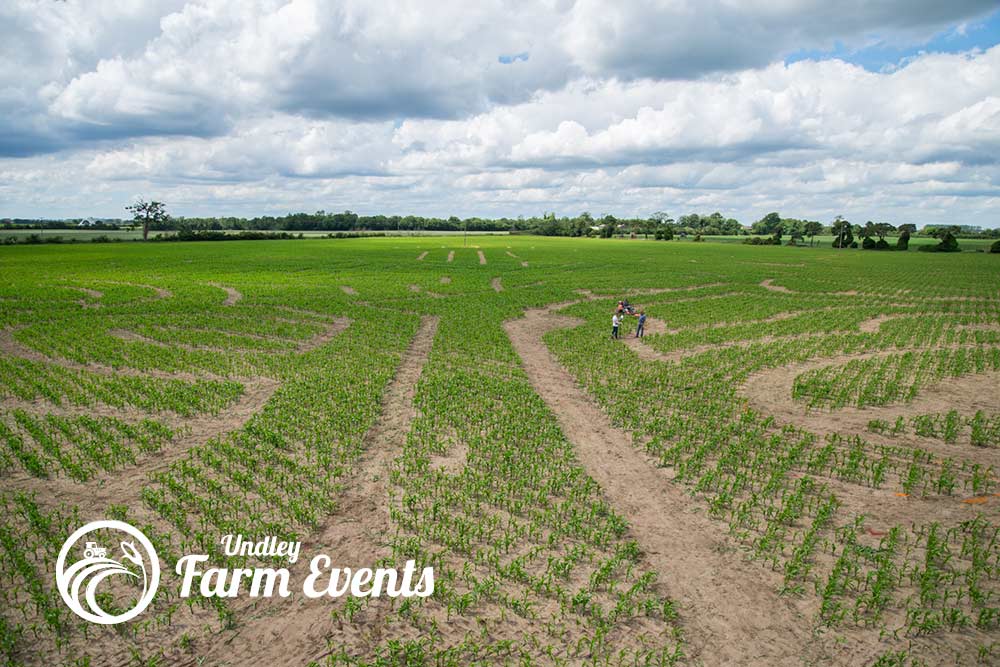