The 2019 Maize Maze is set within an entirely new Pumpkin Patch site – and as one of the largest – of any of the maize mazes previously installed at Undley Pumpkin Patch. At this years event we are celebrating 20 years of Undley Pumpkin Patch, and rather fittingly the maize makes the shape of an anniversary crest featuring a scarecrow, tractor, pumpkin and maize. Its creation is the result of skill, design, farming and technology via GPS co-ordinates.

Once again the maize maze will be hosting a cash prize quiz. This years quiz is based around events that happened 20 years ago back in 1999. There will also be an animal hunt challenge within the maze for smaller ones. 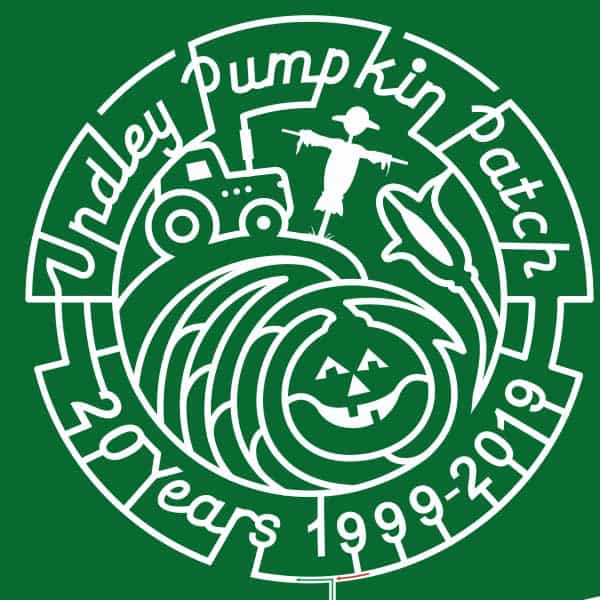